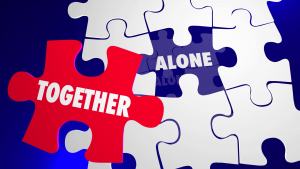 Louis Brill decided to become a business broker over an egg sandwich. The new father had just lost his job on Wall Street several months after 9/11 and he decided he wanted to radically change his life trajectory.

He just did not know how or to what.

He joined a mid-sized firm based in New York after meeting the owner of a business brokerage and a prospective broker at a restaurant. They were going door-to-door, soliciting owners to see if someone might want to sell.

“They came into this bagel shop where I was eating breakfast with my family,” he explains from his home in Highland Park, NJ. “I was fascinated as they asked the owner if he wanted to sell. The owner said, ‘I just opened up.” So the owner says, ‘Okay, call me in ten years.’”

Brill, a former vice president with Citigroup, was fascinated by the idea of someone being confident in what they would be doing in a decade. On Wall Street, he explained, plans are made quarterly and perhaps annually.

“Here’s a guy who talks like he’s as sure of this as the sun rising in the east,” he laughs. “I asked for the guy’s card and the owner gave it to me. I called, and next thing you know, I’m learning to help people buy and sell businesses.”

“I Liked Being on a Team”

Brill joined the firm and stayed for the next 13 years. He did well over 100 deals, he says, showing a map of New Jersey and its surroundings, little stars marking a deal and the year it was consummated.

“Me, I liked being part of a team. I wanted other brokers getting listings that I could pitch to my guys, and vice-versa. We had ex-professors and entrepreneurs and business executives. You name it. It worked really well for me. I made a great living for quite a while. The work was tough but it gave me a flexible schedule. We had quarterly sales meetings and that helped because we encouraged and learned from each other.”

Louis left brokering a couple of years ago when a professional opportunity popped onto his radar. He even continued as a broker part-time, making one or two deals per year, before deciding to concentrate on his 9-to-5 position.

“I don’t think I could’ve done it solo,” he says. “But there are some lone wolves who make a great living. I met some in the course of my career. I think it depends on the personality.”

“Okay for Me, But Maybe Not for You”

Josh Factor says he understands Brill’s sentiments. He was a business broker for over a decade before he started Vertica CRM, which provides a comprehensive technology platform to Business Brokerage and M&A firms both large and small.

“Look, there are lots of advantages to being on your own and there are others for being in a firm,” he says. “Some people become brokers because it’s different from just about any other sales job. It’s not real estate. You can have listings hundreds of miles from home. You don’t need to see it in person even when you list. It can all be done online. You meet the buyer and seller in person at the closing.

“But there are some folks who don’t want to rely on anyone. They want to operate solo. They get the buyers and sellers and make the deal, boom, period. Other brokers want to have other people out there, hustling up leads on businesses for sale or sharing buyers to look at their listings.”

Factor worked for a firm himself. But his clientele ranges from sole practitioners to firms with dozens of brokers. Success is usually based, he says, on the drive of the brokers.

“Being with a firm or not depends on the person. What’s okay for me might not be okay for you. The one thing I would say is that, if you want to make money as a business broker, be prepared to work. It’s tough to start but the rewards for the good brokers are pretty amazing.”

Joshua Factor is the founder of Vertica CRM. A software company dedicated to helping Business Brokers and M&A professionals work more effectively through technology and earn more commissions. For more information about their main product, Business Brokers CRM and how it is designed with the spirit of competitive advantage at its core, visit www.BusinessBrokersCRM.com or call +1 212 381 4994 in the USA or +61 385 184 759 in Australia.