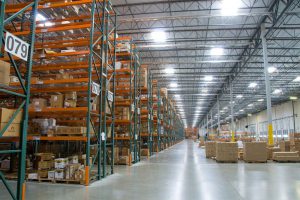 London-based business broker Ian MacDonald loves to tell the story of his first deal – and how it almost came apart due to a simple misunderstanding.

“I was selling a frozen food warehouse business located in South London,” he explains. “It was mildly profitable but my buyer wanted it because he needed space and workers who knew what they were doing. He would take over the seller’s clients, of course, but he was less interested in that than in the warehouse itself.”

Ian says the buyer had spoken with the seller and they agreed that the business would sell for £150,000 pounds. So they were shocked when the seller’s attorney sent a contract with a price of £950,000 pounds.

“My buyer was furious,” he laughs as he recalls the phone call from the irate client. “He’s yelling, ‘We had a deal! What’s with this bloke? What’s he trying to pull?’ and all that. I called the seller and asked if he went mad over the past 48 hours. He asks what I am talking about. I tell him about the price explosion. He says, literally, he says these words: ‘Mate, that’s my inventory. You want him to take me for a ride on £800,000 pounds worth of frozen goodies?’ Not happening.’”

Turns out, the buyer had not taken into account the massive amount of inventory that would be sitting in the warehouse. It was an enormous amount of money. So Ian had an idea.

“I told them, my commission is based on the business sale alone, not the inventory. So that saved them money. Then I suggested a professional inventory firm to count it all up. I worked for an inventory firm one summer in uni (college) and it was a very good solution they agreed on.’”

Is inventory a deal killer? Josh Factor says it is rare but can happen. He is president of Business Brokers CRM, which provides software to dozens of companies around the world.

”I can recall only a few times this was an issue in a sale. But to tell you the truth, each one was a pretty substantial deal. It was either wholesaler or distributor or a really large restaurant. Food places can have thousands of dollars’ worth of high end foods sitting in freezers. I recall a really big place being sold to a restaurant group in Los Angeles. They had to come up with around $35,000 more at closing. They weren’t happy, but it didn’t kill the deal.”

When he hears about Ian’s deal, he agrees that the Londoner came up with a great solution.

“I think he handled it really well. Not charging commission is a natural. That makes sure people save money – both buyer and seller. But also, having a middle man do the counting is worth every penny. Those companies make sure the rotten or expired stuff is not counted and there is no animosity between buyer and seller.”

Ian says now that one of the first questions he asks sellers is about their inventory.

“Listen, it might be a rarity, but when you’re a broker, every deal is a big deal. I won’t let one die because of it.”

Joshua Factor is the founder of Vertica CRM. A software company dedicated to helping Business Brokers and M&A professionals work more efficiently through technology and earn more commissions. For more information about, Business Brokers CRM or to schedule a free live demonstration of how they can save you time, get more listings and earn more commissions, visit www.BusinessBrokersCRM.com or call   +1 212 381 4994 in the USA or +61 385 184 759 in Australia.